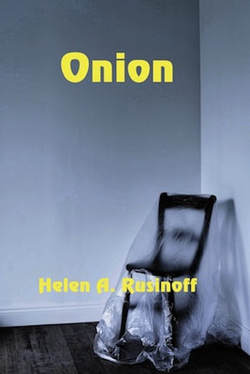 If there was no chance for error, but an error occurred, would it still be an error?
After all, ZARA, the old machine, never makes a mistake.

Being a Special is...well, special: the genetically engineered children of Prime Minister Ubuqus' school have the power of altering reality itself with their minds. Meticulously tailored and trained to use their unique abilities, they are indispensable weapons in Ubuqus' many wars. But while they are prized by the military, they are despised by the rest of the population, the ordinary people to whom Specials refer only as the "Others."

Although a Special by all appearances, Onion doesn't have any extraordinary powers. He leads an ordinary life among his unusual classmates, trying his best to evade the boring lessons at Salvage, the Specials' elite school. However, for some reason the school's Director, Amygdala, is keeping an eye on him, and Onion is selected for the Room Test--the final exam taken by Specials before they can join the ranks. No one knows what happens during the test, but rumor has it that not everyone makes it out of the room.

Onion has other plans for himself, but can he escape? 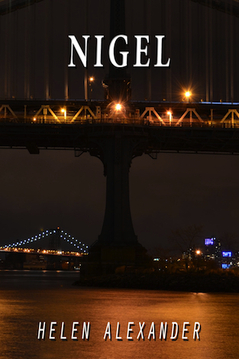 "Nigel" is part of a series of short stories about a reformed vampire named Zsa Zsa, who has been rehabilitated and hired by the police as a catcher of his own kind.

I followed Nigel's car, flying close behind its beat up rear bumper with a Florida license plate. From time to time, I saw him checking his rear view mirror. I could feel that he was afraid.

He didn't drive home, though. Halfway across the Baltimore Bridge, he suddenly pulled off to the shoulder and stopped. He killed the engine and stepped out of the car. For a few minutes, he just stood there with both hands on the railing, looking down at the water below. Below the bridge was a black river, nasty and fast and cold. I hung around while he lit up another one of his endless cigarettes. He was shivering in the night wind, the cars kept going by, and it was starting to rain. I spaced out for a second and when I turned, I saw my beloved civil engineer standing on the metal railing, ready to jump, so I thought, quick. 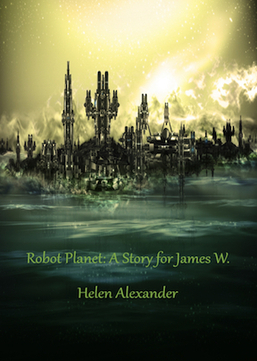 
Boltolomew lives the peaceful life of a cleaning robot on the distant, long forgotten planet of Greta, until the day he finds an old music box in his garage. He doesn't know what it is, but he can't take his CPU off it for a moment. When he shows it to his friends, they're just as puzzled.

The mysterious box is just the beginning of Boltolomew's troubles: soon he begins seeing a Spaceship landing on his way home from work, although no one else can see it, and then even stranger things start happening. One night, visitors emerge from the craft, only to vanish into thin air, leaving Boltolomew confused and overheated from too much thinking. Boltolomew's friends become concerned for him, and his Supervisor at the Cleaning Factory, Chief Bot, decides to have him reprogrammed.

Boltolomew doesn't want to be reprogrammed, however, because it would make him forget the things he saw - well, he's pretty sure that he saw them, anyway. He must make a difficult choice: stay in the City without any memory of his previous self, or run away and face the dangers of the desolate Junk Yard. But most of all, Boltolomew wants to know: who are the visitors from the Spaceship, and why can't anyone else see it? 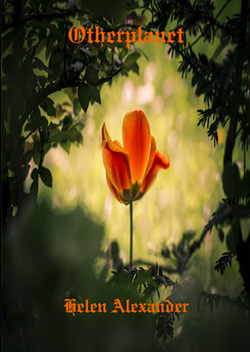 Legend surrounds the Stella Mars, a mysterious flower from Otherplanet, rumored to grant supernatural powers and bring love and happiness to whoever owns it. Alias Kingman, a deeply unhappy business tycoon, has tried to buy it many times from the Templomuseum where it is kept under guard, but the enchanted flower is not for sale.

Two con artists, Dr. Grabengon and his friend, Eagle, spend their days wandering from town to town, selling magic potions to gullible citizens. When they hear about the Stella Mars from a passing peddler of non-toxic perfumes, they decide to steal it in hopes of getting a reward from Kingman.

However, things don't go according to plan, as they soon find they aren't the only ones in pursuit of the enigmatic flower. 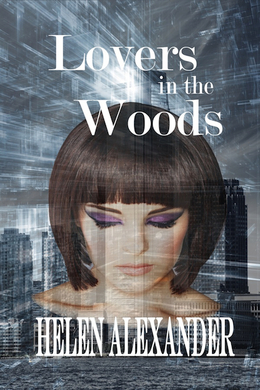 Lovers In The Woods

They called her Sleeping Beauty back at the lab.

Nina has been asleep for a long time. Two hundred and fifty years, to be exact. She doesn't change, and she doesn't die. She's always fifteen. All she wants to do is to wake up, but she can't. Something - or someone - is keeping her in a perpetual dream state.

Leon is a programmer working for a security systems company. His life is fairly ordinary and uneventful. But one day, things change. He begins to see a strange girl in his dreams. He knows she needs his help, but he doesn't know who she is - or if she's even real. Leon is willing to risk a lot to find out, and his curiosity finally gets the best of him. The mystery that surrounds Nina is greater than Leon had imagined, however: soon he's on the run from the company he worked for, the police, the secret service and the criminal underworld.

All Leon wants is to save Nina from her endless sleep, but the price of that rescue could be a terrible one. Somehow, Nina is connected with the fabric of reality itself, and there are many dubious people chasing after the legendary Sleeping Beauty in the hopes of wielding ultimate power. When the world begins to fall apart with the sudden, inexplicable outbreak of war, only Leon holds the key to saving everything from complete annihilation - but, unless he can rescue Nina, it may already be too late.

Lovers In The Woods book trailer

Goodreads reviews for Lovers In The Woods